Skip to main content
Posted by Heights Church May 11, 2011

Thank you to Heights Church for raising over $16,400 towards printing Bibles in Cambodia, paying for over 8,200 Bibles to be printed for Christian Cambodians.

Please continue praying for Steve Hyde, Karony, and Poline, and the rest of the Words of Life Ministry team. For more information, see below and/or visit www.asiaforjesus.org. 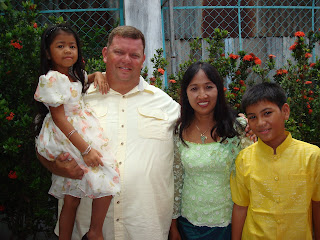 Steve is the founder of Words of Life Ministries which now has ministries which include Children's Centers, Bible Translation, Radio and Media Ministry, Publishing, Training Pastors (more than 400 Bible training extension centers), and church planting (thousands of churches planted).

While the focus of the ministry is church planting and education, Words of Life is willing to do anything to share Jesus in Cambodia and bring Cambodia to saving faith in Christ. Steve is married to Noit, a Cambodian who survived the genocide of the Khmer Rouge, and they have two children of their own (Paul and Anna). 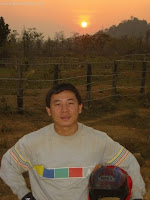 Poline has been with Words of Life Ministries since the beginning, about 15 years. He became a Christian through sports and quickly became involved in translation work. As the oldest son of a Chinese Cambodian family, he would inherit all of his families' properties and business. Much of the properties were already deeded to him. When he became a Christian, and later when he insisted on marrying only a Christian, his family disowned him. They cancelled his entire inheritance and forbid him to have any contact with them or any relative.

In the meantime, while continuing to reach out to his family, he continued in ministry. Poline studied for a Master's degree in Christian education in Singapore, was married to Raksmie and now has 3 children: Immanuel, Jubilee and Rene "Peace". Poline is the Academic Dean of Antioch Institute, the training arm of Words of Life Ministries which trains about 4000 leaders per year and works in multiple countries. He is currently pursuing a Doctorate in Christian Counseling.

Karony was born right before the Khmer Rouge invaded Cambodia. His father was killed and his family later escaped Cambodia where they lived as refugees in a camp in Thailand. Karony's growing up was basically a jail (a refugee camp) which he could not leave and lived in difficult conditions. It was in this place that he learned to be a survivor. He developed skills in adapting to other cultures, learning languages and befriending others.

Returning to Cambodia in the early 1990's, he and his family had to start a new life for themselves. He quickly accepted Christ, went to Bible School and traveled around the country planting churches in difficult areas. When among ethnic minorities (tribes), he learned their language and culture to reach out to them. Karony is also a trainer with Antioch Institute. He specializes in church planting, missions, community development and counseling rural leaders. Karony is married to Someythia and they have one daughter named "Serey" which means "Glory" and another on the way! Steve and Karony have ministered together for nearly two decades. Karony also has a Masters in Christian Education and is pursuing a Doctorate of Christian Counseling.

- Many other outreach opportunities