Jamie, Wendy, Stephanie, Sue, and I met in Prescott Valley for the 4:15am AZ shuttle. Robert and Linda Donaldson met the 4am AZ shuttle in Prescott and our understanding was that they would be riding to Prescott Valley where the same shuttle would pick us up. That didn’t happen. We are thinking that AZ Shuttle had too many passengers for just one shuttle so they operated two vans at that departure time. When our driver showed up to pick up his van it had a flat tire so he took a different van. Because of the tire issue our driver was 15 minutes late. Donaldsons arrived at Sky Harbor at 5:30am and we arrived around 6:05am. 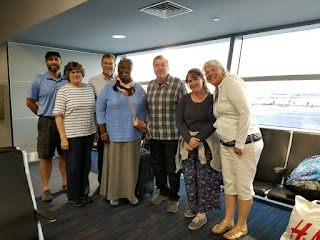 We met at the American check-in area. My bag was 56 pounds, but Stephanie had room for my stuff in her bag and we both came out at 49 pounds! Dan, Jamie, Sue, and Linda couldn’t print boarding passes from JFK to our destination. They told us we would need to see the people in JFK. Robert and I had TSA Precheck while the other team members had normal security. We proceeded to gate A25. Sue had a better boarding priority so we were all able to board with her. We had a good flight to JFK. We waited for a gate after landing for about 30 minutes. We parked at gate 25. It was a long walk to gate 2 where our Royal Jordanian flight was leaving from, but we had 4 hours so we were good! We all were able to get our boarding passes once the Royal Jordanian gate agent showed up. Strange boarding process...they called 7 zones and then started boarding by rows from the back of the plane. We never did figure it out. It was a smooth and restful flight. Just over 10 hours. Most of us were able to sleep, read, watch a few movies, and relax and pray for the trip ahead.

Customs went smooth and having the Pass was a big help! All of our luggage arrived unscathed. We were delayed an extra hour waiting for them to inspect the dental equipment. They finally released it and we were on our way. We had some time to unpack and freshen up from the long trip, then it was off to dinner with R and S.  We went to a Lebanese restaurant and had Shawarma, fries, and vegetables. We briefed on the schedule for the next day and headed back to the hotel for a much needed rest. Everybody slept well! 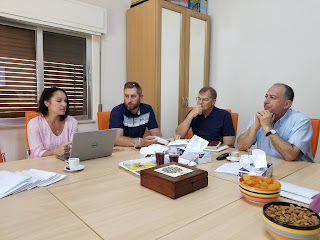 Preparing with the team 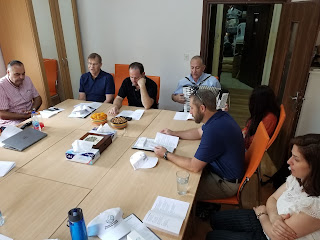 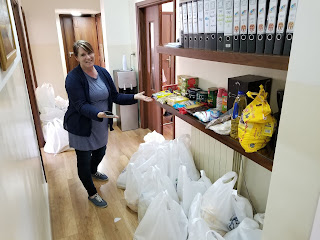 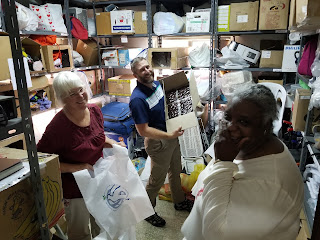 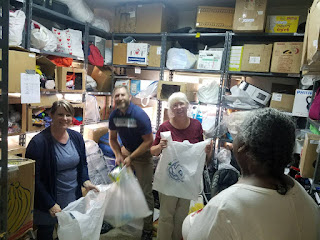